Is reporting set to become a specialist IT discipline?

Expanding technical possibilities in the area of reporting necessitate an ever-deeper understanding of tools and technical relationships. At the same time, more and more technical issues can already be directly resolved by systems. In this context, cooperation between Controlling and IT is set to become a crucial factor. From three pivotal points a solution can be derived.

Here is a problem controllers will recognize: A nice new Power BI dashboard needs to be adjusted quickly. Not a big deal, really: two new KPIs and a change to the representation need to be implemented fast.

However, this is often not as simple as it initially appears. The task requires a proficient understanding of complex reporting and BI tools, as the controller needs to keep an eye not only on the data connection, but also the entire conceptual data model. Even in the simplest case, introducing a new KPI for regular and automated reporting requires a new query from the data warehouse – and it may be that complex adjustments to the data model are also necessary. Both these tasks that are typically undertaken by the IT department.

Currently IT departments in many companies, especially insurers, are suffering from a chronically high workload, so there is often a very long time lag before a request can be processed. This leads us to an important question: Is Controlling still able to fulfill its daily business and one of its main products, namely management reporting, flexibly and appropriately for the target audience? And what might a solution to this growing challenge involve?

The radical approach: IT takes direct ownership of data production

One obvious idea is to make reporting the direct responsibility of IT, which would mean that they assume ownership rather than simply fulfilling a service function, as previously. This would make use of their capacity and technical capabilities. Reporting would be an intrinsic task for IT. However, this would mean that the sensitive task of delivering management information is no longer in the hands of management experts – even if Controlling remains responsible for analysis and comments.

The innovative approach: An agile, fluid financial organization in reporting

A second option is to professionalize reporting by creating an overarching process responsibility that can take over reporting for all departments, dealing with everything from data acquisition to the finished dashboard. This approach would ensure uniform quality and rapid adaptation of the data basis.

The fluid organization concept is built on three design principles:

In principle, all insurers need to think about the future of cooperation between Controlling and IT. A common strategy with clear roles, responsibilities and processes must be developed. There will be an optimal, but very individual solution for each company. That means it will not be a question of deciding between “this or that”, but rather of finding ways to improve cooperation between the functional areas. We propose anchoring reporting within a Finance Production tribe in an agile, process-oriented and cross-functional manner. 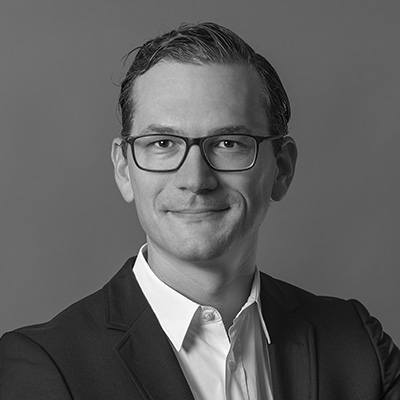