How to set up digitalization in a structured way, steer it in a targeted manner and implement it successfully (Part 1)

Despite Covid-19, lockdowns and working from home, digitalization remains THE topic in business transformation – in fact, these circumstances have even added further dynamics and urgency. In our three-part series of articles, we will explain how to successfully set up and steer digitalization and achieve sustainable results. We will be focusing on the structuring of digitalization before looking at value-oriented setup and steering as well as anchoring and dynamic further development in future episodes.

Digitalization affects the whole company, is interdisciplinary, multifaceted and reflects its entire complexity. Corporate digitalization solutions are thus comprehensive and multi-layered – a circumstance which is frequently underestimated and often results in the persons responsible getting bogged down in individual initiatives or placing their trust in purportedly simple but misleading technological solutions.

Corporate digitalization should therefore be structured simply, keeping its purpose in mind, and viewed holistically – from strategy through to its implementation to create value. This avoids systematic “developmental gaps” and makes interdependencies transparent and manageable.

So-called Value Levers offer an initial perspective on digitalization. They describe interlinking fields of action, from competition-oriented issues through to operative implementation of value creation.

Decisions relating to the business model and to products have the greatest impact in digital transformation. When switching to, or adding, digital business models and digital products, an entirely new structure or large-scale conversion of the value chain is needed. The provision of a digital customer interface provides a simpler starting point to corporate digitalization, to provide easier, modern access to the company's products and services. However, all decisions lead to comprehensive adjustments to the value chain, either directly in relation to creating the goods and services or as a support service. This perspective is rounded off with a suitable digital steering approach, more on this to follow later.

The mentioned Value Levers present the company's digitalization from an external, economically logical perspective. However, a successful implementation requires internal resources – for example, any well-thought-out digital business model would not work without suitable technology, employee skills or data.

Enablers – From technology and organization to a partner network

Therefore, the second perspective of digitalization comprises Enablers, which show the resources required for corporate digitalization. They are based on five pillars which are either provided by the company itself or supplied by a partner network. In the context of digitalization, it makes sense for technologies and data to be viewed as central Enablers to appropriately present the newly designed Value Levers. In addition, appropriate organizational formats – either structural or procedural – as well as corresponding skills must be provided. In conclusion, the company does not need to provide all the required resources itself but can also obtain them from the partner network. As a result, a resilient partner network is a resource in itself.

It helps to categorize digitalization initiatives to overcome the challenges of their complexity. However, to actively design corporate digitalization, a networked, dynamic consideration of the Value Levers and Enablers is needed.

Digitalization as a journey through Value Levers and Enablers

Successful digitalization can be visualized as a journey through the outlined Value Levers and Enablers. Much like a trip in real life, it does not always lead directly to the destination but runs through different stations.

To create a new digital business model, the value chain and support processes must e.g. be established or adapted, and corresponding technology support and trained staff are required.

Steering individual digitalization projects or the entire corporate digitalization is a challenge which we will look at in more detail in the second part of our series of articles. We would be happy to discuss these topics with you in a personal meeting and give you valuable impulses – just get in touch! 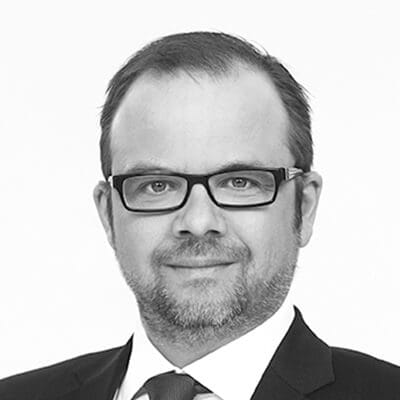