A reverse climate change: Falling temperatures for the German automation industry in China

It is a few weeks since the end of the COP26 UN Climate Change Conference in Glasgow, at which delegates from all over the world met to discuss measures to combat global warming. Meanwhile, the German automation industry in China is also experiencing environmental change as temperatures take a turn – though in this case they are falling. With the business climate there changing continuously over recent years, it has become ever-more-difficult for German automation companies to defend their market position and expand business in China. We see three possible scenarios for the future, one of which we consider to be more likely than the other two. Whatever happens, one thing is clear: it is essential for German automation companies in China to adapt their strategy to the changing environment.

The relationship between Germany and China is closer than ever, and with a bilateral trade volume of 212.8 billion EUR in 2020, China is Germany’s most important trading partner. However, there is growing evidence that the German export model in relation to China is facing pressure on multiple fronts, namely protectionism, competitive pressure and decoupling.

With this in mind, it is no surprise that voices from the German manufacturing and automation industry were among the loudest protesting against the rising tariff barriers imposed as the US and China engaged in a trade war under former President Donald Trump – one which has not been ended since the new Biden administration took office about a year ago.

Over the past decade China has announced (and partly implemented) a long list of strategic initiatives, such as the New Silk Road infrastructure project. Such developments have been accompanied by intensive M&A activity targeting leading European technology companies – especially German ones. Chinese investors acquired a majority stake in 243 German companies between 2011 and 2020, including several companies from the automation and manufacturing industry such as Kuka and Kraus-Maffei. At the same time, competitive conditions in China often disadvantage German companies because China does not grant foreign firms the same rights as domestic ones; even ratification of the bilateral investment agreement would only improve conditions for investments in China, but not for exports to the country. The fact that Chinese competitors are now also catching up in terms of innovational strength further intensifies competitive pressure in China, and a study by the German Economic Institute found that German companies are more concerned about growing competition than protectionism.

Another landmark is China’s “Made in China 2025” strategy. Announced in 2015, it aims to put China at the forefront of industrial production and innovation. It specifies ten target industries, including automation, for the state to actively support in reaching targets. Automation is likely to be a particular focus because China’s future economic potential is dependent on productivity gains that can only be achieved through automation. Back in 2013 China became the world’s largest market for industrial robots, and is now responsible for around 44 percent of total installations. This is fueled by the Chinese economy's evolution from a resource-intensive, low-cost labor workbench for the world to a technology leader.

President Xi Jinping took this to the next level in 2020 and coined the term “decoupling” to refer to the planned development of China’s economy and system. The expression has been interpreted many times since then, often inconsistently.

So what does decoupling mean? The German Federal Ministry of Economics describes it as follows: "With (…) the 'dual circulation' model, the Chinese domestic economy and domestic consumption are to be strengthened in order to reduce existing dependencies (…) and to make the Chinese economy resilient to external risk factors. Exchange with the global economy is to play a complementary role as an 'external economic cycle', but no longer a dominant one (…).” One thing all serious interpretations agree on is that the consequences are unclear for non-Chinese companies doing business in China. It is therefore not surprising that three out of five German companies which export to or produce in China are pushing for more robust trade and investment policies to counter competitive distortions.

A light decoupling will occur. Certain sectors of the Chinese economy will form partly or fully decoupled cycles, while the economy in general remains open under intensified competition and an ever-present Communist Party.

What does light decoupling mean for the German automation industry?

The impacts for the German automation industry in the coming years can be clustered into four major categories:

1. Market development
In a recent study, Bertelsmann Stiftung predicted that China’s economy is likely to grow moderately by 4 to 6 percent per year in the 2020s, which could translate into 3 percent growth for the automation industry. The planned strengthening of domestic consumption will lead to a temporary increase in demand for technologically high-quality (intermediate) products, creating additional business opportunities for German automation companies (especially those already producing locally). Even assuming the Chinese government successfully narrows the technology gap (up to 70-80 percent), this will still leave German automation companies at the top of the technological pyramid, while Chinese companies mostly take up the low and medium technology areas of the pyramid. Consequently, growth and export numbers for German automation companies are expected to plateau in 2025, and after that either remain flat or even slightly shrink.

2. Targeted acquisitions
Even though the Five-Year Plan envisions and emphasizes the promotion of independent research and innovation, China will not want to forgo knowledge and technology transfer to achieve its goals. Therefore, it can be assumed that Chinese direct investment will focus even more on the target industries named in “Made in China 2025”. To date about 15 percent of company participations connected to “Made in China 2025” have been acquired in the automation industry, according to Bertelsmann Stiftung. Consequently, targeted acquisitions in the immediate environment must be expected.

3. Competition
The competitive pressure within the Chinese market will increase further. The strategy’s (“Made in China 2025”) clear focus is to enable Chinese companies to close the technological gap. This is underpinned by President Xi Jinping’s decoupling ambitions, which mean that Chinese automation companies will continue to be supported by the Chinese state (either directly through subsidy schemes or indirectly through trade instruments etc.). German companies not producing in China will probably be hit even harder than those already in China. In addition, Chinese automation companies will soon target (or have already targeted) overseas markets like the EU. How this plays out will fundamentally depend on how the European Commission intends to meet this development.

4. Value chain
Decoupling will have the most evident impact on the value chains of automation companies. The current “war” centred on semiconductors is an alarming example of what happens when one industry becomes the focus of two superpowers. Large portions of the semiconductors value chain are already decoupled, and this process is continuing. As political focus may shift, automation companies' value chains (or parts of them) are also likely to be disrupted. This is especially true for IT-related components, posing the danger of forced knowledge drain. For companies producing in China, Chinese business partners will increase the pressure to source inputs needed for production from Chinese companies – even if they are not equivalent in quality and so lead to competitive disadvantages. In addition to increased localization of the supply chain, it is also necessary to prepare, in extreme cases, for a divergence of standards, which represents the greatest business risk in the course of decoupling.

German automation companies should assess their current situation and respond according to the fields of action identified:

MONITOR – German automation companies which do not yet see their business model and products affected must make it their daily business to very closely monitor the situation in China. Most companies are used to monitoring the competitor landscape but do rather poorly on monitoring the political landscape too. This is partularly pressing In China since competition and politics (in this case the state itself) are inseparably intertwined.

ACCEPT AND ADAPT – German automation companies which recognize our analysis and have realized that the temperature is dropping need to accept that this increased level of uncertainty and complexity will necessitate structures that allow flexibility to operate in both systems. This process should not stop with acceptance but also lead to creating such structures in due time. Of course this will come with increased structural cost and take its toll on working capital. The biggest challenges will therefore be in strategy setting, investment and value chain management.

ACT – Companies that see their business model and products significantly affected by decoupling shifts must take immediate action. They will have realized that important components are already subject to decoupling and that growing parts of their business model are under threat. In this case, they must prepare strategies which allow operation in China. These strategies should cover value chains, quality concepts, competitive responses, political analysis and the search for potential alternatives in terms of production locations (such as Vietnam), in case this becomes necessary. However, the first emphasis should be on the integrity of the value chain and on measures defending the business model. Finally, it is important for German companies to review their own goals and values, and to evaluate how and whether these fit with the changing environment.

In sum, German automation companies are set to face increasing complexity, intensifying competition, changing product portfolios and rising structural costs. These developments need to be actively managed. It is important to conduct strategy discussions within the firm, with the clear aim of developing actionable strategic responses – before the temperature drops. 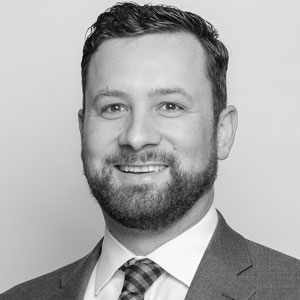